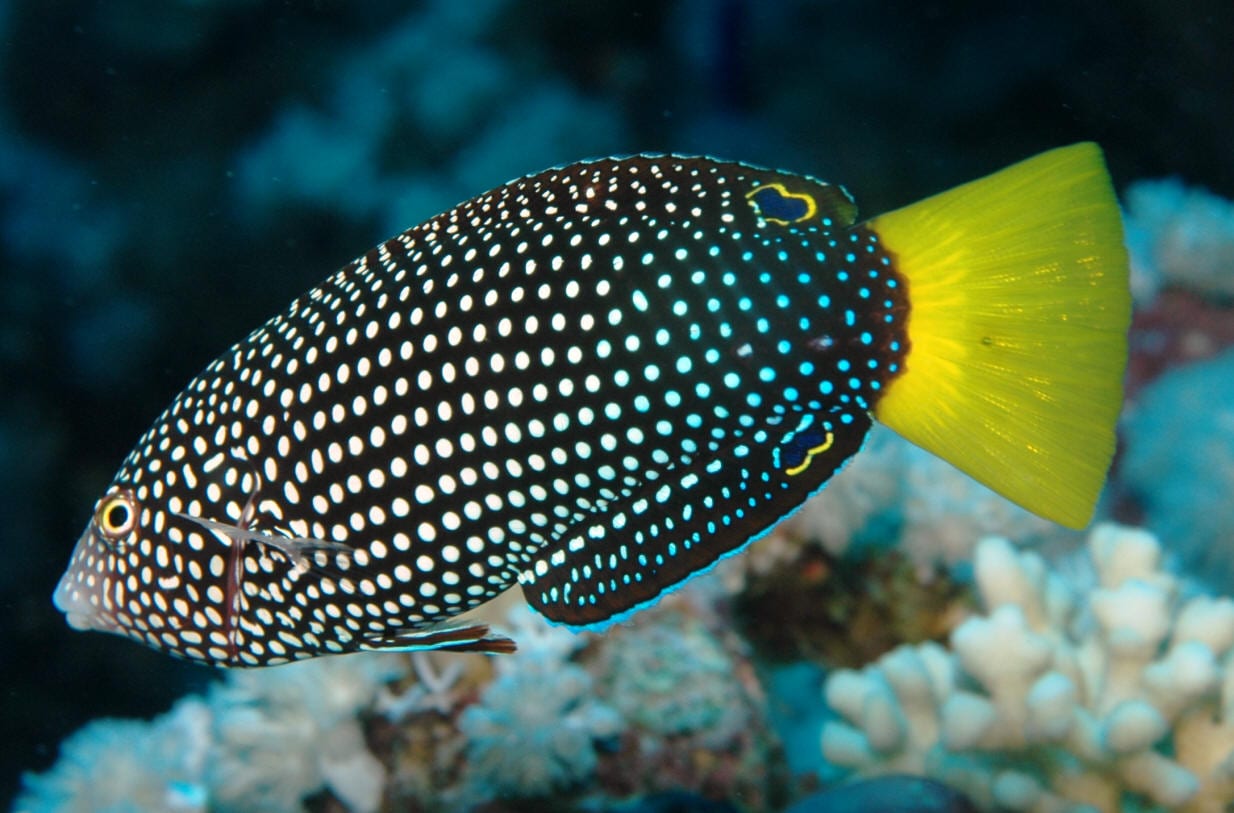 The Yellowtail Wrasse, also known as the Yellow-tail Tamarin Wrasse, or Spotted Wrasse, has been classed as one of the most beautiful wrasses available and are found in the Indo-Pacific, Africa, Red Sea and Great Barrier Reef regions.

Requirements
The fish requires a aquarium of around 200 litres with at least a 2 inch layer of fine sand in order to satisfy its need to bury itself when sleeping or for protection. Additionally, it can be said that the Yellowtail Wrasse should only be added to those established aquariums as they instinctively hunt for tiny crustaceans.

Suggestions
Many hobbyists suggest that Yellowtail Wrasse can be a challenging fish to adjust to a captive environment and has been classed as a frequent jumper and jumps out of aquariums so having a lid would be viable. It is also said that to give these fish the best chance to thriving that they should be added to the aquarium before any larger and more aggressive fish, so that they have the efficient time to be introduced in a less stressful environment and adapt at their own pace.

Find out where you can buy a Yellowtail Wrasse near you