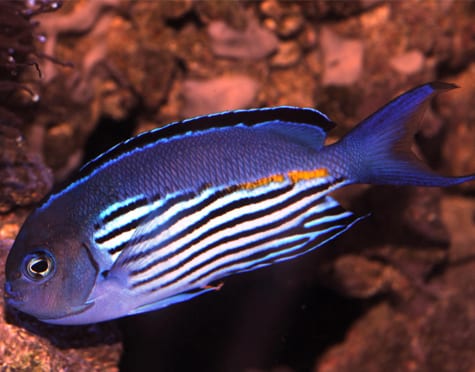 Requirements
Watanabe's Angelfish are best housed as a male-female pair in a 125-gallon or larger tank, and are ideal candidates for the deep-water reef aquarium. Acclimation will be facilitated by a dimly-lit tank. The tank should have multiple hiding places and live rock for grazing. Do not keep two males in the same tank as fighting will ensue.

Find out where you can buy a Watanabei Angelfish near you