Triggerfishes are about 40 species of often brightly colored fish of the family Balistidae. Often marked by lines and spots, they inhabit tropical and subtropical oceans throughout the world, with the greatest species richness in the Indo-Pacific. Most are found in relatively shallow, coastal habitats, especially at coral reefs, but a few, such as the aptly named oceanic triggerfish (Canthidermis maculata), arepelagic. While several species from this family are popular in the marine aquarium trade, they are often notoriously ill-tempered. 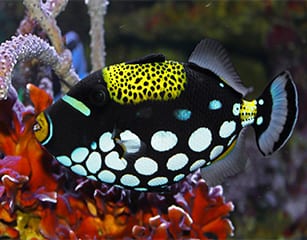 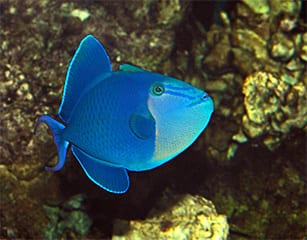 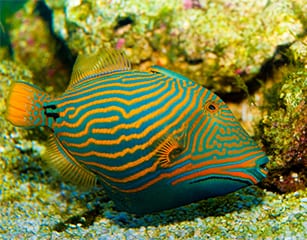 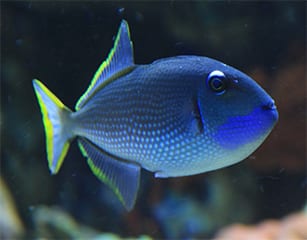 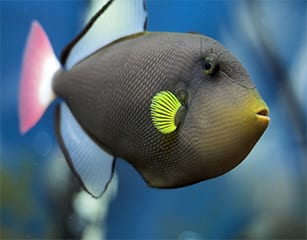 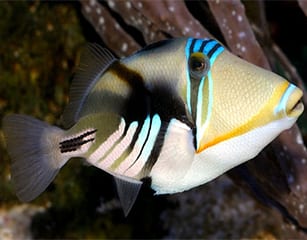