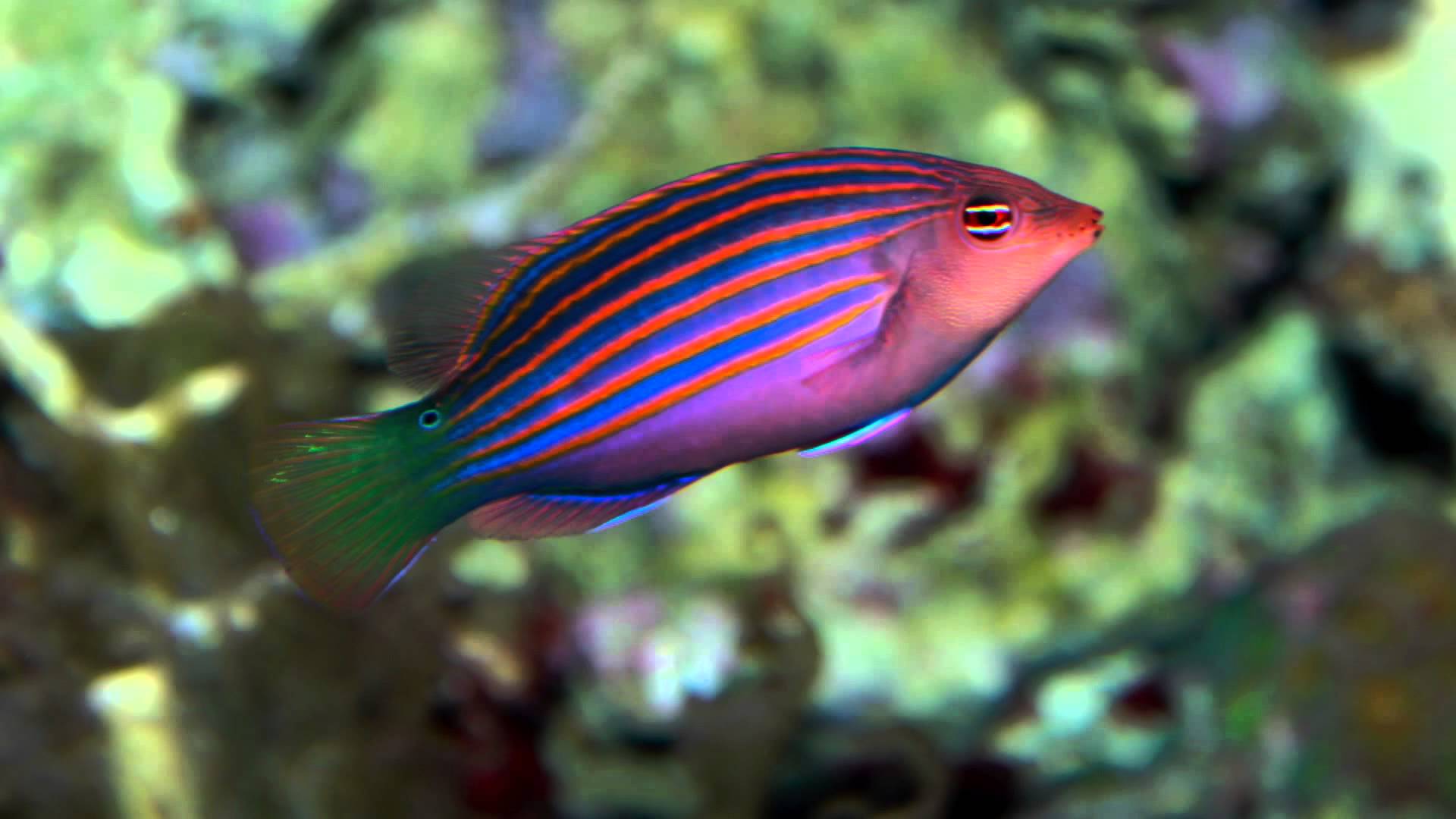 The Six Line Wrasse, also known as the Sixline or Sixstripe, is both a stunning addition to any aquarium and a active eye catching species. This fish is usually always darting around rockwork and corals to which would draw the attention of any onlooker. The Six Line Wrasse also increases in colour intensity when a courting male. Additionally, this fish can be found in the reefs of the Indo-Pacific and the coast of Fiji.

Requirements
Like most members of the genus Macropharyngodon these fish require a sandy substrate in marine aquariums as they bury themselves for protection or when they are scared. Additionally, it can be said that the Peacock Wrasse should only be added to those established aquariums as they instinctively hunt for tiny crustaceans.

Suggestions
In a home aquarium of at least 100 litres, the Six Line Wrasse requires peaceful surroundings with a healthy and stable supply of hiding places and live rock in order to satisfy its desire to forage and search for small crustaceans and flatworms. Many hobbyists are in debt to this fish since it is known for feeding on unwanted pests such as bristle-worms, and can help clear up any aquarium.