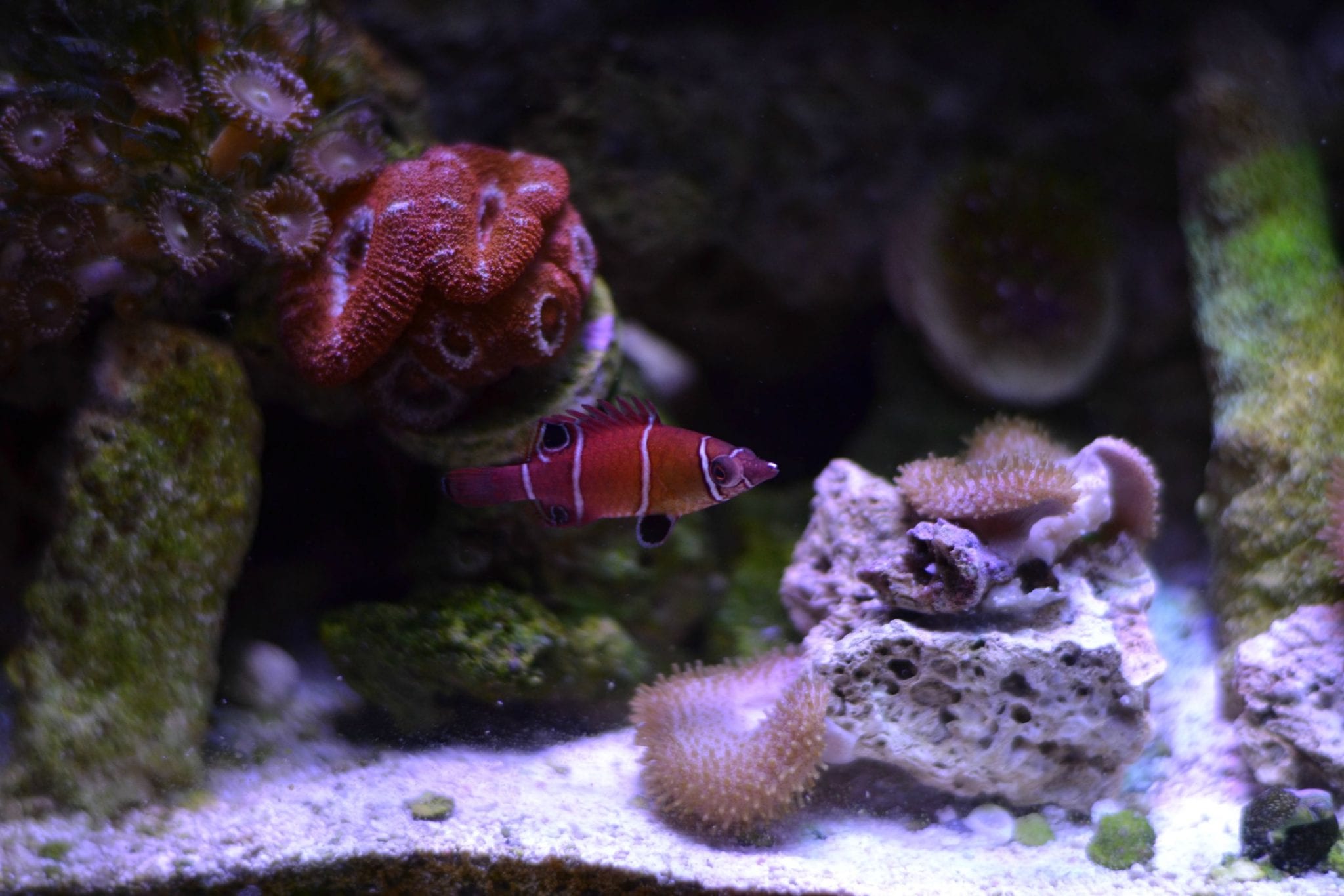 The Pygmy Wrasse is known to provide an enticing coloration and inherit a secretive and mysterious nature which many hobbyists enjoy to observe. The wrasse is classed as a cautious rock dweller that enjoys hiding in and lurking around the rock work in marine aquariums.

Requirements
The Pygmy Wrasse requires plenty of caves and hiding places due to the fact that the species is very secretive and enjoys hiding away at time. Additionally, the fish should be kept with other peaceful tank mates in order to encourage its shy personality to attain confidence to lurk in the open. Furthermore, these Wrasse can be jumpers, so it would be a viable decision to keep a lid on your aquarium.

Suggestions
Many hobbyists suggest that Pygy Wrasse are one of the most amazing species you can bring to your aquarium, as they not only have unique and interesting attributes but also never bother any corals or invertebrates. Additionally many Pygmy keepers have stated that a single male can be kepy with a group of females that is introduced prior to or at the same time as the male.

Find out where you can buy a Pygmy Wrasse near you