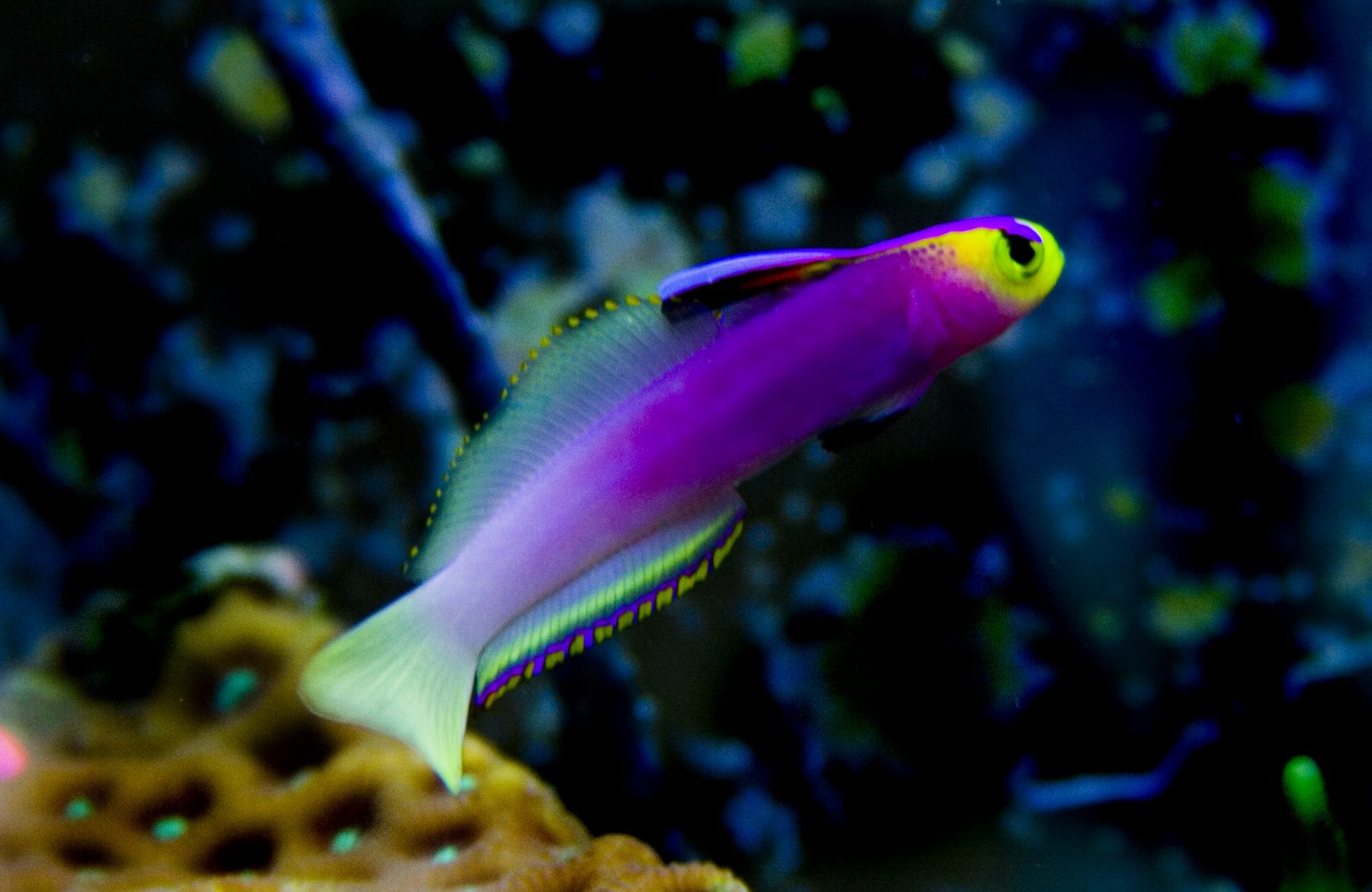 Purple Firefish are one of the most popular marine fish in the industry at the moment and almost every hobbyist has kept one at some point. It has a marvellous colouration and a unique personality that is always seen as an attractive fish to house. In the wild, the Purple Firefish is usually found in groups hovering over the reef, harvesting planktonic food that drifts by in the current. And, because of its small size, the Purple Firefish makes a great addition to the smaller reef system.

Requirements
Purple Firefish require a 40 litre or larger system with moderate lighting conditions and a moderate current passing over the live rock "reef." Keep in mind that a stressed Purple Firefish will potentially try to jump out of your aquarium. As such, house the Purple Firefish in aquarium systems with a lid.

Suggestions
Many hobbyists suggest that Purple Firefish that are kept in the home aquarium should have multiple safety zones amongst rock crevices which it can dart if stressed. This member of the Gobiidae family is generally not aggressive towards other fish except those of its own species. However, a mated pair can live peacefully together.

Feeding
Along with algae and zooplankton growing in the aquarium, the diet of the Purple Firefish should consist of finely chopped small crustaceans, vitamin-enriched brine fish (live or frozen), mysis shrimp, and prepared foods.

Find out where you can buy a Purple Firefish near you