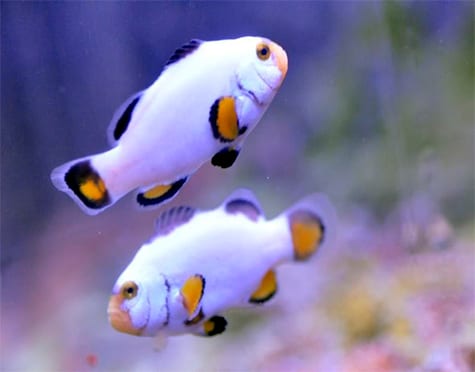 The Platinum Clownfish is a fascinating variation of the Common Clownfish, and instead of the common colours, it is white from head to tail. Additionally, as the Platinum Clownfish develop into their matured form they will inherit black fins, which really adds to their unique appearance.

Requirements
This fish is found within the Indo-Pacific, Oceania, and Australia reefs. In its natural environment, this fish can grow to around 4 inches, however in the home aquarium they will unlikely exceed 3 inches. This Clownfish requires a tank of at least 50 litres with some live rock for hiding in.

Find out where you can buy a Platinum Clownfish near you