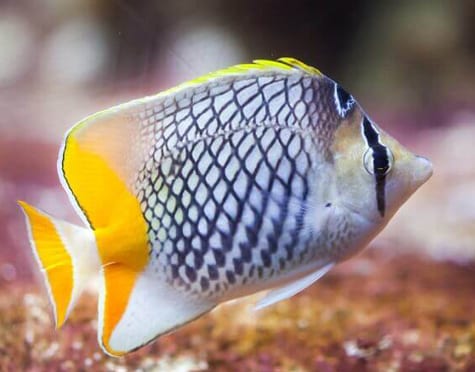 The Pearlscale Butterflyfish is another beautiful example why marine Butterflyfish remain perennial favorites among hobbyists. This gorgeous fish boosts visual interest with lively color and eye-catching, graphic patterning. The addition of this stunning specimen in your Fish Only With Live Rock (FOWLR) is sure to make your heart flutter.

Find out where you can buy a Pearlscale Butterfly near you