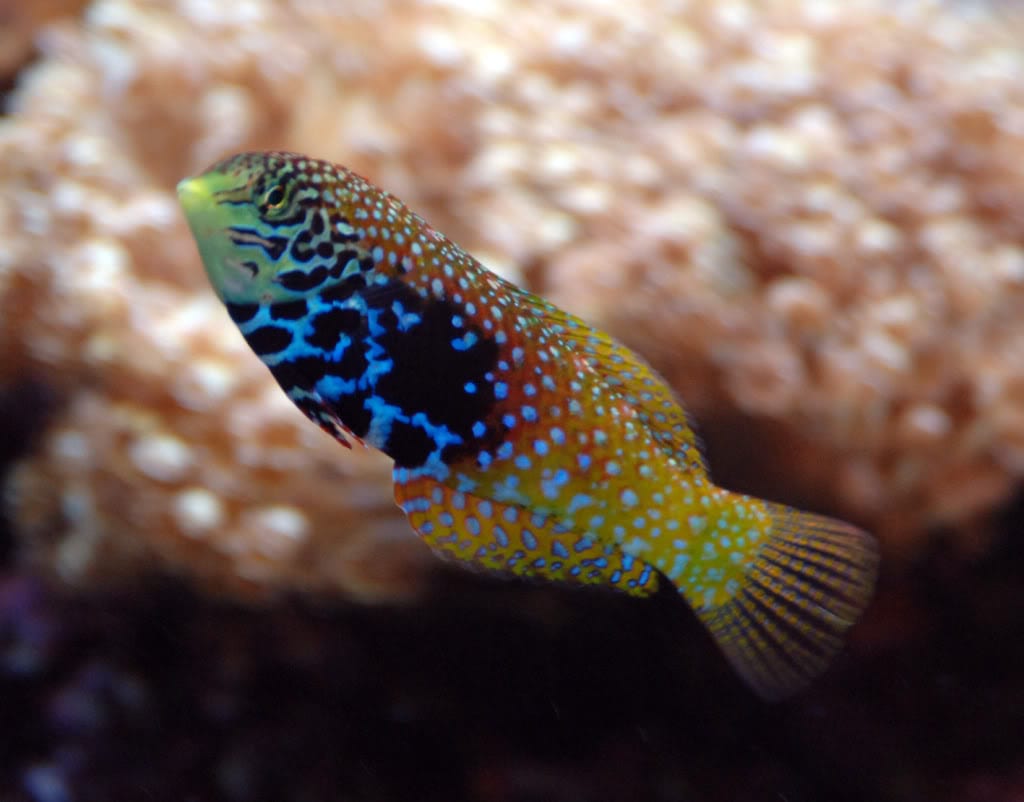 The Peacock Wrasse, also known as the Blue Star Leopard Wrasse, Divided Wrasse or Vermiculite Wrasse, has one of the most distinct and eye catching colour patterns of all marine fish and are found in the East African cost of the Western Indian Ocean. Furthermore, these fish have the ability to change sex, as the most dominant fish in the group can turn into a functioning male.

Requirements
Like most members of the genus Macropharyngodon these fish require a sandy substrate in marine aquariums as they bury themselves for protection or when they are scared. Additionally, it can be said that the Peacock Wrasse should only be added to those established aquariums as they instinctively hunt for tiny crustaceans.

Suggestions
Many hobbyists suggest that Peacock Wrasse can be a challenging fish to adjust to a captive environment. That being said many individuals have kept these fish in the proper care and they have thrived and added a great addition to their display. It is also said that to give these fish the best chance to thriving that they should be added to the aquarium before any larger and more aggressive fish, so that they have the efficient time to be introduced in a less stressful environment and adapt at their own pace.

Find out where you can buy a Peacock Wrasse near you