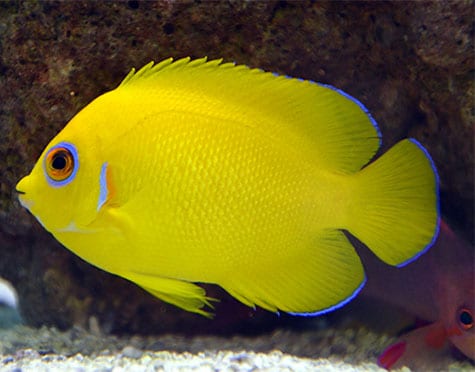 Requirements
The Lemonpeel Angelfish requires a 70 gallon or larger aquarium with hiding places and large amounts of live rock to graze on the microalgae growth. It is very prone to nip at large-polyped stony corals and clam mantles. It is best not to keep Lemonpeel Angelfish with fish of the same genera.

Feeding
The diet of the Lemonpeel Angelfish should include Spirulina, marine algae, high-quality angelfish preparations, mysis or frozen shrimp, and other meaty items. This angelfish requires more algae and seaweed in its diet than most angels.