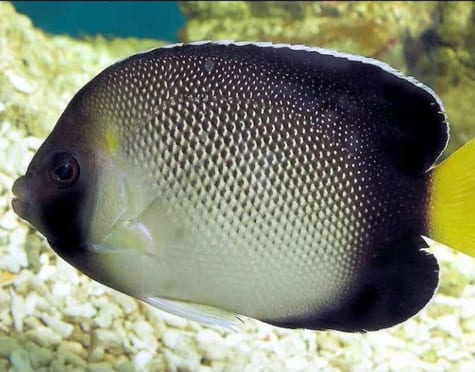 Requirements
The Xanthurus Cream Angelfish adapts readily to aquarium life. It requires a minimum of a 125 gallon tank or larger with lots of hiding places and live rock for grazing will offer an environment in which to thrive. It is prone to nip at stony and soft corals (sessile invertebrates) and clam mantles. Only one specimen should be kept per tank.

It is hermaphroditic, and there are no distinguishing features which differentiate males from females.

Feeding
As with other angelfish, the diet should include Spirulina, marine algae, high-quality angelfish preparations, mysis or frozen shrimp, and other meaty items.

Find out where you can buy a Cream Angelfish near you