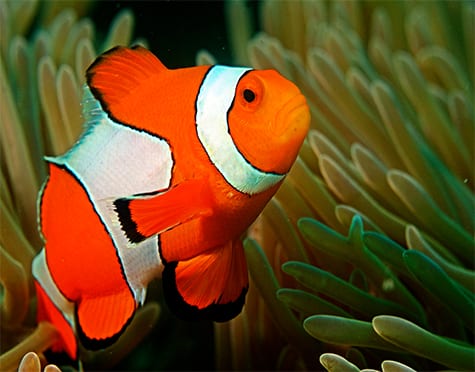 The Common 'Ocellaris' Clownfish is most certainly the marine industry's most popular and sought after fish. It has a vibrant orange body decorated with white bands outlined in black. The Clownfish is a member of the Pomacentridae family is an viable addition to any marine tank.

Requirements
The Clownfish is a extremely hardy fish and relatively more accustomed to conditions within a marine tank in comparison to most other fish. Therefore, it is not only a great fish for those novices but also experienced aquarists. Additionally, the Clownfish are able to be housed with a variety of other Clownfish, if they are introduced simultaneously into the tank.

Clownfish are aggressive eaters and will thrive on most meaty and herbivore foods.

Find out where you can buy a Common Clownfish near you