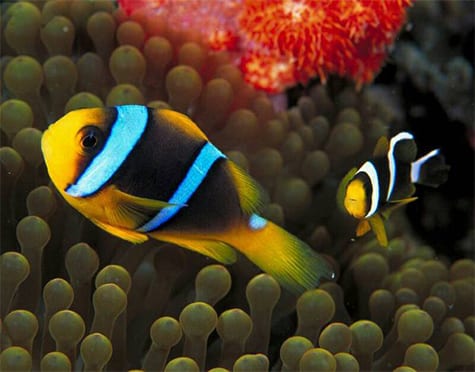 Find out where you can buy a Clarkii Clownfish near you

The Clarkii Clownfish has a reddish-brown base colour with white stripes and an orange head when in its final adult form. However, when juvenile the fish is a yellowish orange with three white stripes on both sides of its body.

The Clarkii Clownfish is classed as one of the hardiest fish available, which has made it one of the most common Clownfish in home aquariums. It is recommended that a 80 litre or larger aquarium containing an anemone and a fair amount of live rock is ideal. However, it should also be noted that this fish can become aggressive towards other Clownfish and even some other passive tank mates.