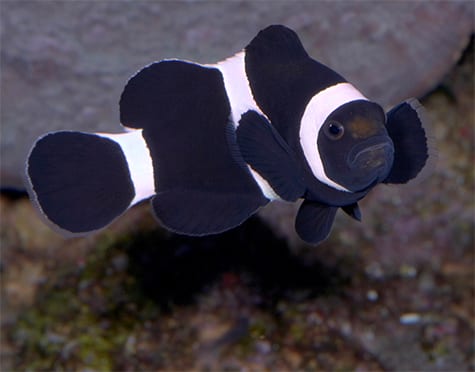 The Black and White Clownfish is usually discovered in partnership with an anemone on a coral reef. They can be discovered individually, but usually, in small groups or pairs sharing the same anemone.

Requirements
The Black and White Clownfish is a extremely hardy fish and relatively more accustomed to conditions within a marine tank in comparison to most other fish. Therefore, it is not only a great fish for those novices but also experienced aquarists. Additionally, the Clownfish are able to be housed with a variety of other Clownfish, if they are introduced simultaneously into the tank.