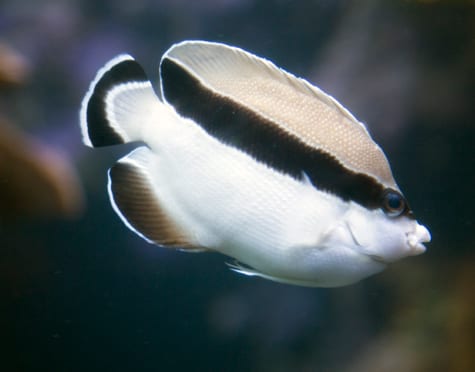 It is hermaphroditic, very difficult to breed in an aquarium, and indistinguishable by coloration from male to female.

Feeding
A varied diet of angelfish preparations, marine algae, live rock for grazing, and vitamin-fortified shrimp should be provided.

Find out where you can buy a Bandit Angelfish near you