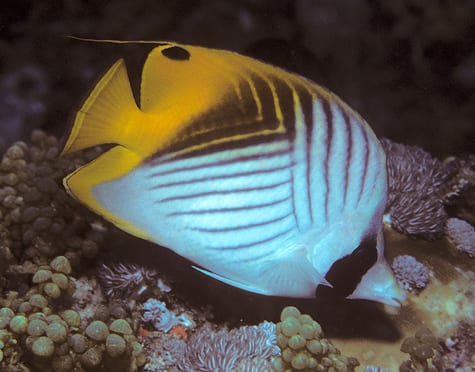 Feeding
The Auriga Butterflyfish's diet should consist of meaty items such as fish, crustaceans, mysis shrimp, and frozen marine preparations

Find out where you can buy a Auriga Butterfly near you